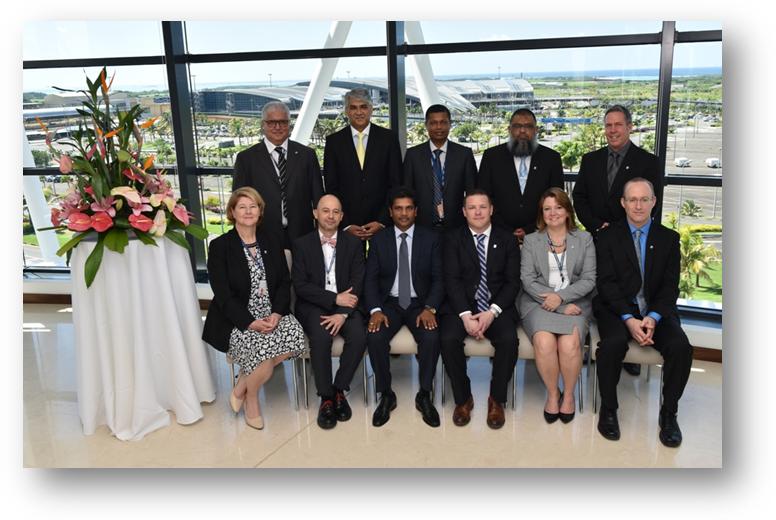 The Opening Session of the ACI Airport Excellence Programme (APEX) in Aviation Security was held this morning at AML. This triggers a five day review of the airport security function by a team of 8 experts from Airport Council International (ACI), ICAO, airports of Montreal, Greater Toronto , South Africa and Charles de Gaulle- Paris.

Key airport partners were present on that occasion and had a exposé from the APEX Team Leader, Danny Boutin on the scope and objectives of the APEX Programme. He also congratulated AML on being the first airport to undergo the APEX Security review since its creation last year by ACI.

AML Chairman, Roshan Seetohul laid emphasis on the important role of the Security function, in view of the potential threats which prevail in the aviation world today. He mentioned that AML has and will continue to devote the necessary resources to enhance the standard of security operations at the airport.

AML and the APEX team also signed a Declaration of Commitment & Collaboration which henceforth enables AML to participate in other peers reviews at other airports.