H. E. Mr Filipe J. Nyusi, President of the Republic of Mozambique, the Chief Guest for the official celebrations in the context of the Commemoration of the Abolition of Slavery in Mauritius arrived in Mauritius today 30 January 2019 at about 17 00 hrs. He is accompanied by First Lady Dr. Isaura G. F. Nyusi. 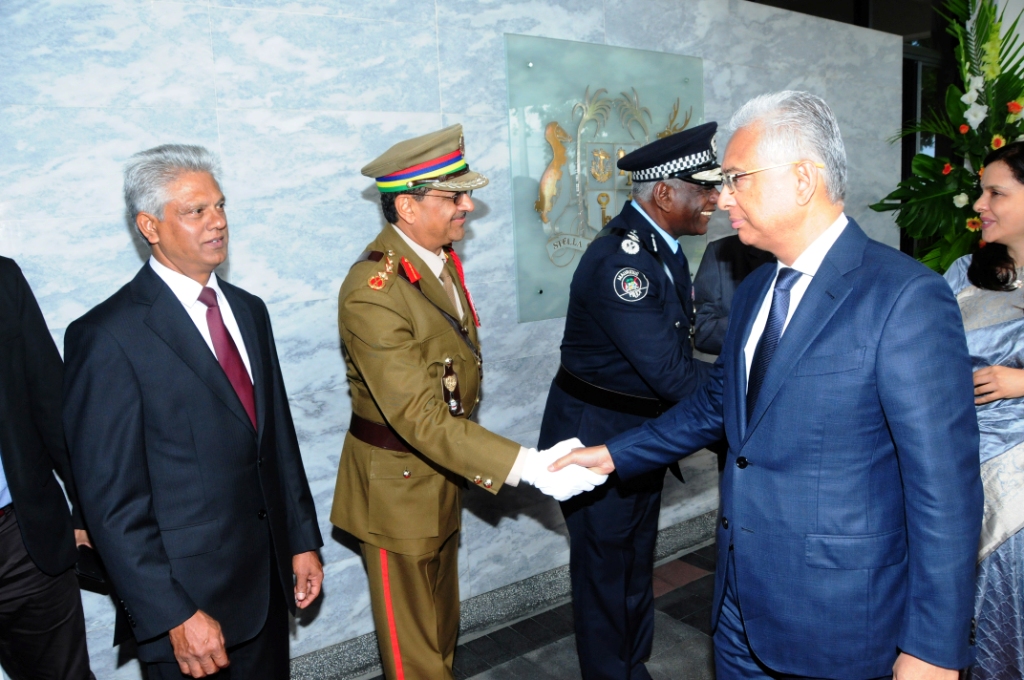 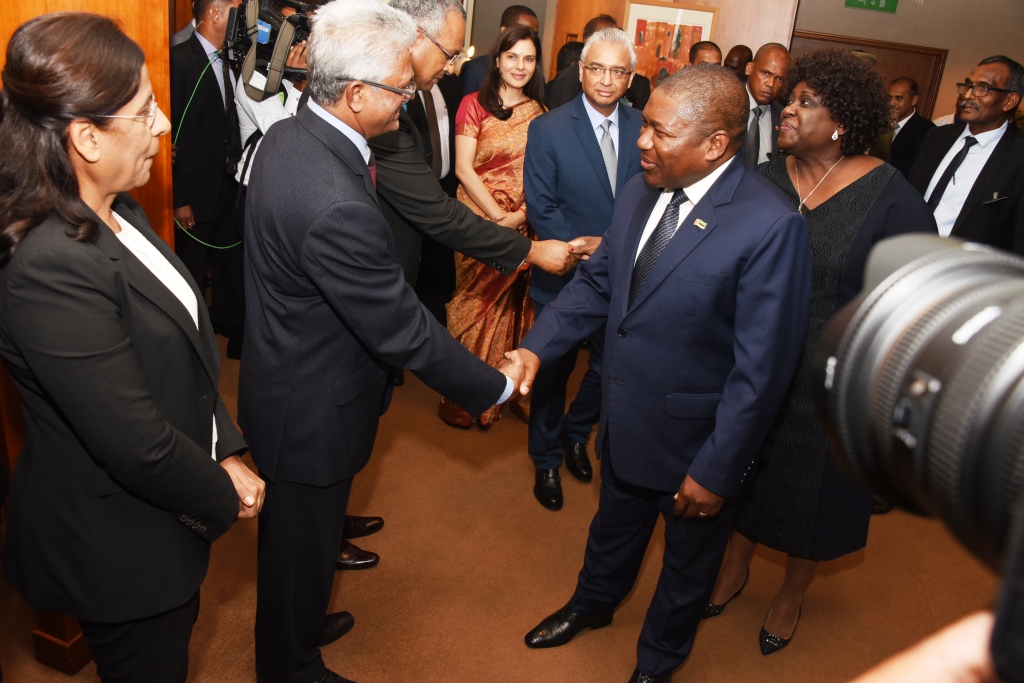 The Chief Guest, the First Lady and the high-level delegation from Mozambique were welcomed in the State Lounge by the Hon. Pravind K. Jugnauth, Prime Minister of the Rep. of Mauritius and Mrs K. Jugnauth, in the presence of Ministers and other dignitaries.