The Inaugural flight of FlySafair FA850 arrived in Mauritius today shortly after 15:00Hrs (LT). Henceforth, the airline will be operating two weekly flights between Mauritius and Johannesburg in South Africa. 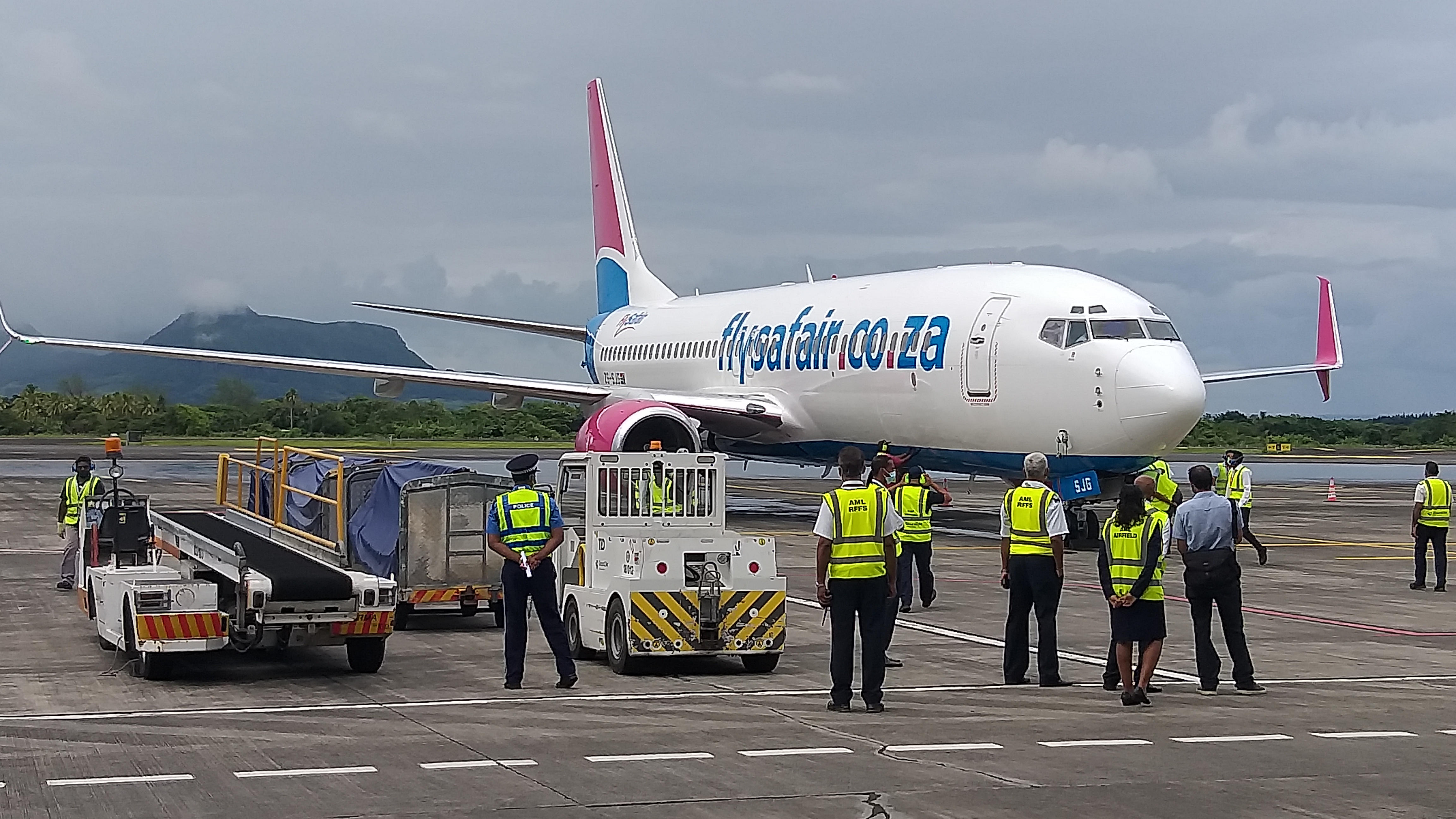 The Deputy Prime Minister, Minister of Housing & Land Use Planning and Minister of Tourism, Hon. Louis Steven OBEEGADOO was present at SSR International Airport on that occasion for the Welcoming Ceremony. During his address, the Deputy Prime Minister stated the great potential of the South African market as source of tourism for Mauritius. He also mentioned that several strategies would be put in place shortly to boost the sector, to facilitate recovery as the pandemic subsides. 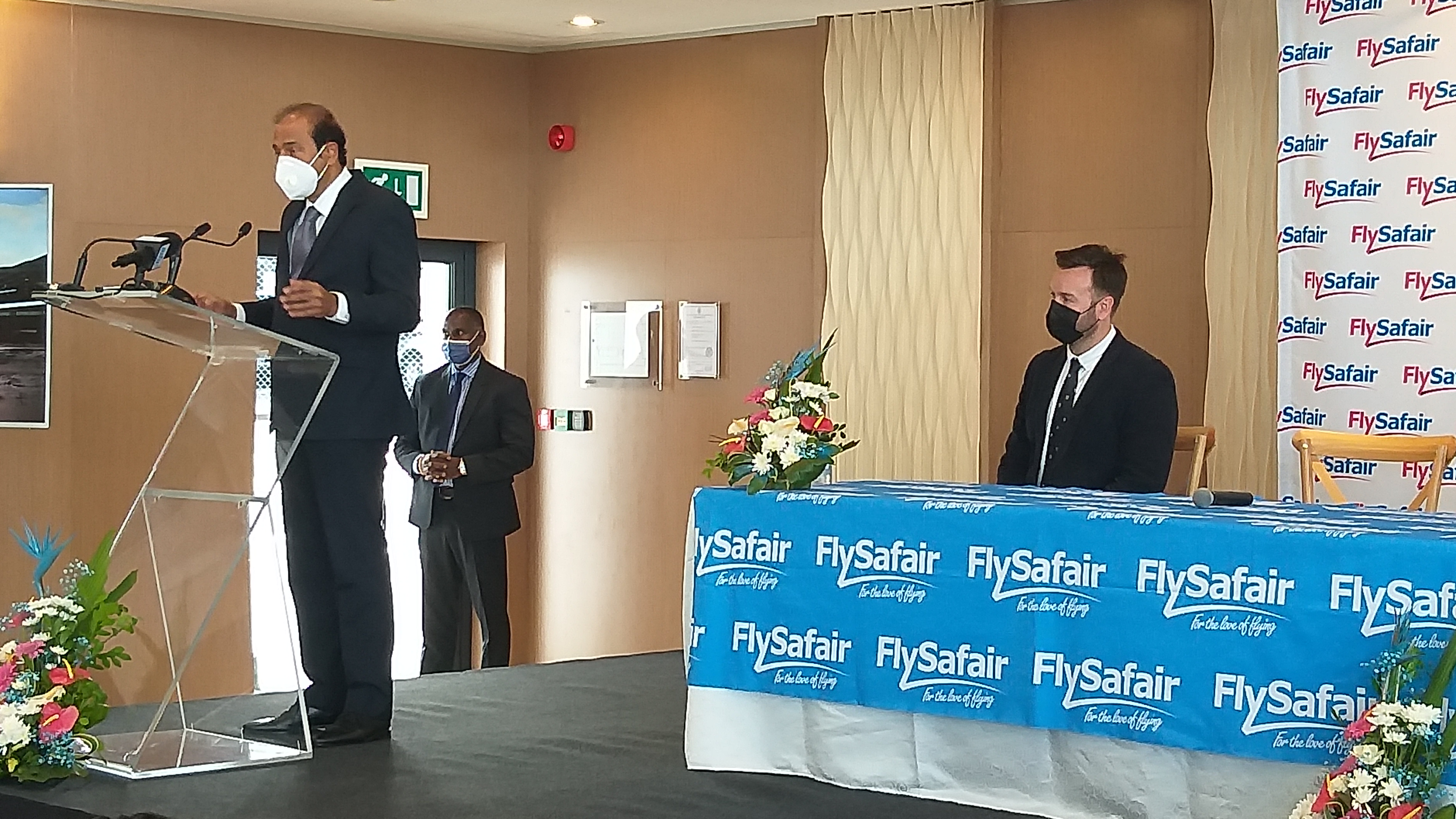 With the new operator, connectivity between Mauritius and South Africa will significantly improve and will certainly contribute to increase the traffic between the two countries.